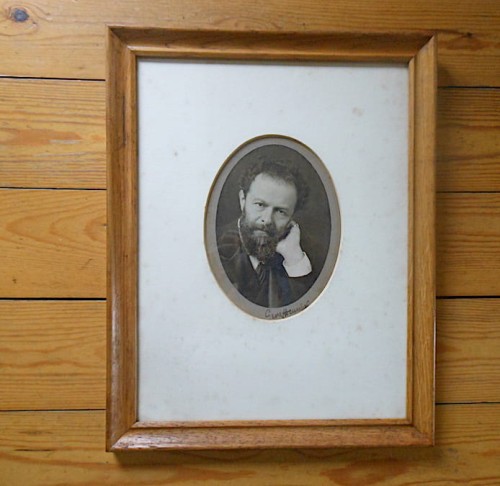 Henschel was born at Breslau, in Silesia, Kingdom of Prussia (now Wrocław, Poland) and educated as a pianist, making his first public appearance in Berlin in 1862. He subsequently took up singing, initially and briefly as a basso profundo but developing a fine baritone voice. In 1868, he sang the part of Hans Sachs in a concert performance of Die Meistersinger von Nürnberg at Munich. With one minor and unplanned exception, he never sang on stage, confining himself to concert appearances.

He was a close friend of Johannes Brahms, whom he met in May 1874 at the Lower Rhenish Music Festival in Cologne, where Henschel sang the role of Harapha in Handel's oratorio Samson.The friendship lasted until Brahms's death; Henschel reports in his memoirs that he arrived in Vienna only hours too late to see Brahms before his passing, and that their last meeting had been at a restaurant in Leipzig in 1896, where they were joined by Edvard Grieg and Arthur Nikisch.

In 1877, Henschel began a successful career in England, singing at the principal concerts and, in 1881, he married the American soprano, Lilian June Bailey (1860–1901), who was associated with him in a number of vocal recitals throughout the United States and nearly all Europe until 1884.[3] Henschel's very highly developed sense of interpretation and style made him an ideal concert singer, while he was no less distinguished as accompanist.